Today (August 26) is National Toilet Paper Day! Here are some interesting facts about toilet paper to help you celebrate this quirky event!

Americans use 50% more toilet paper than other Western societies. 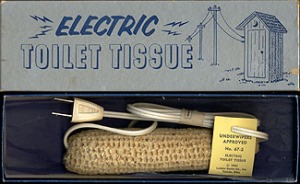 Corn cobs (the un-plugged kind) were used as toilet paper in the past. Progress is great!

Some interesting things have been used in place of toilet paper. Water, hay, corncobs, leaves, sticks, stones, sand moss, hemp, wool, husks, fruit peels, ferns, sponges, seashells, and broken pottery have all been used in the bathroom at one time or another.
(Broken pottery!)

Over or under? About two-thirds of Americans prefer their toilet paper to come off the roll over the top.

Toilet paper was introduced in the US in 1857. Joseph Gayetty is credited with bringing toilet paper to the US market in 1857. The paper was dispensed in flat squares embossed with Gayetty’s name. Gayetty’s Medicated Paper exited the market in the 1920′s, a victim of competition from the more compact and more easily dispensed rolled paper commonly used today.

Hold the color! US consumers prefer bright white, multi-ply paper with decorative designs. While the designs give an embossed look, the toilet paper isn’t truly embossed. The designs are created as part of the drying process during production, and according to the manufacturers, they improve the overall strength of the paper.

Toilet paper is specially designed to decompose. Even though they may feel similar, toilet paper and facial tissues aren’t the same. The fibers used to make toilet paper are very short, which allow the paper to begin disintegrating within seconds of becoming wet. This design allows the paper to dissolve in septic systems. Remarkably, after getting wet, toilet paper still retains about 15% of its dry strength.

Mr. Whipple said, “Don’t squeeze the Charmin!” But he can’t help himself.

Standard size? Not always! The industry standard size of a square of toilet paper is 4.5″ x 4.5″. Some manufacturers reduce the size of the square in order to offer a lower retail price.

Toilet paper is a bona fide bestseller! Not surprisingly, toilet paper is ranked third in overall sales of non-food items, and accounts for more than $4 billion in US sales annually. 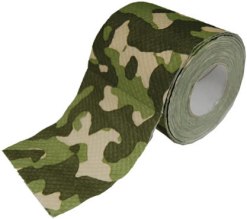 It doesn’t pay to be British. At least when it comes to buying toilet paper. Britons spend on average about twice as much as other European consumers do on toilet paper, and about three times more than US consumers do for the same product.

Here’s the real reason Canada likes us. The US is the largest exporter of toilet paper in the world. On the other side of the coin, Canada imports more toilet paper from the US than any other country.

Some may remember  the “little brown shack out back” as does Country & Western Singer Bobby Bare.  Check out this video: