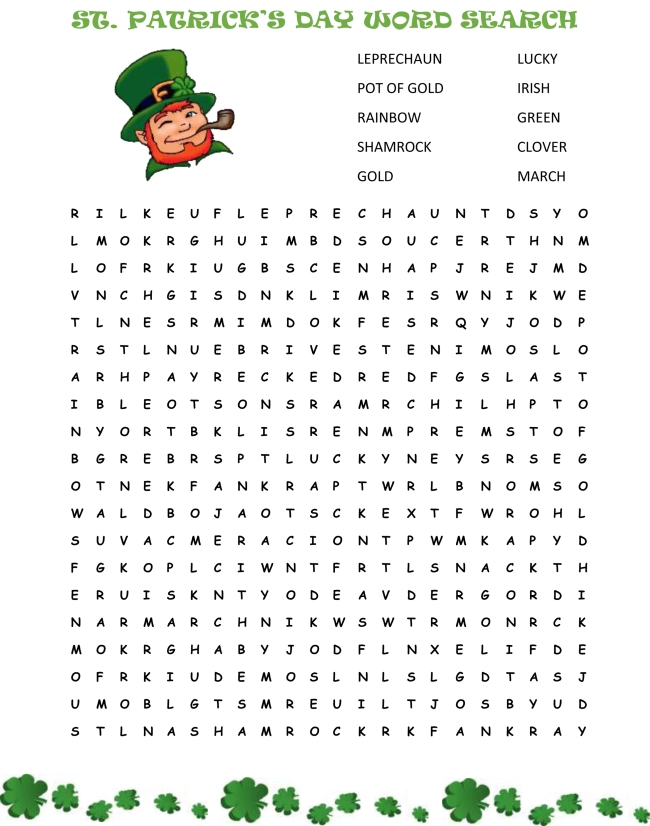 The four leaf clover is the world most well recognized good luck symbol.

Here are 25 facts you may not know about the popular Four leaf clover:

1. A Four Leaf Clover is actually an mutation of the shamrock (a three-leaf clover), it can only happen in approximately 1 in 10,000 shamrocks.

3. According to Irish legend, St. Patrick used the Shamrock’s three leaves to teach the pagans about Christianity. It symbolized the Holy Trinity with each leaf representing the Father, Son, and Holy Ghost. When it’s found with the additonal fourth leaf represents God’s Grace.

4. The Largest Four Leaf Clover Collection is by George J. Kaminski (b. 1951) who has single-handily collected 72,927 Four Leaf Clovers since 1995. They were collected from fields within prison grounds in Pennsylvania, USA.

6. The Guinness world record for the largest collection of Four Leaf Clovers belongs to Edward Martin Sr. from Cooper Landing, Alaska, USA, with 111,060 Four Leaf Clovers, as of May 2007, which he has been collecting since 1999.

7. On March 17th, 2010, Fox News reported “Irish Shamrock Shortage Has St. Patrick’s Day Celebrations on Shaky Ground”, and since there is only one Four Leaf Clover in every 10,000 shamrocks, this makes the Four Leaf Clover almost impossible to find.

8. Steve Colbert was quoted on March 17th, 2010, “That the shamrock represent the Holy Trinity, the Father, the Son, and the Holy Spirit “That is why the Four Leaf Clover is so Lucky — You Get a Bonus Jesus”

10. A 21-leaf clover discovered on June 3, 2008 by Iwate prefecture farmer Shigeo Obara and has shattered the Guinness world record for most leaves on a clover stem.

11. A shamrock is considered to be a young clover. Clovers are in the same family as peas.

12. “The Cloverleaf Interchange” is named for the resemblance of the leaves of a four leaf clover when viewed from air” – Wikipedia

13. The Four Leaf Clover has been successfully cultivated. There are clover with more than five leaflets, but they are extremely rare. It’s generally thought that more leafs; the luckier it is.

14. “A best friend is like a Four Leaf Clover: hard to find and lucky to have.” -Sarah Jessica Parker of popular TV show “sex in the city”.

15. Children in the Middle Ages believed that they could see fairies if they found a Four Leaf Clover.

16. It’s good luck to find a Four Leaf Clover. Clover protects human beings and animals from the spell of magicians and the wiles of fairies, and it brings good luck to those who keep it in the house.

17. It is believed that finding a Four Leaf Clover, it will bring you fame, health, wealth and a faithful relationship.

18. According to legend of western cultures, each of the four leafs represent hope, faith, love and luck.

19. The late US President, Abraham Lincoln, was said to have carried a Four Leaf Clover everyday except on the night of his infamous visit to Ford’s Theater the day he was assassinated.

20. The late French Emperor, Napoleon Bonaparte escaped assassination when he stooping down to pick up a “Lucky Four Leaf Clover“.

21. The Four Leaf Clover is one of the most popular tattoo themes for body art. It represent “good luck” or an Irish pride or ancestry. It is often interchangeable with shamrock.

22. Youth organization 4 H Club using a green four leaf clover with a white H on each leaf standing for Head, Heart, Hands, and Health. The white symbolizes purity and the green represents growth.

23. The French Lotto logo is a four leaf clover icon for good luck.

25. Metallica an American heavy metal band recorded “NO LEAF CLOVER” in 1999 as opposite the meaning of “Four Leaf Clover”, the song lyrics describe an unexpected change from good luck to bad. 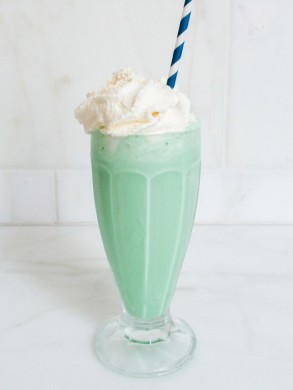 Photo by Williams-Sonoma.  For another mint milkshake recipe, click here.

Our homemade take on the fast food favorite keeps the minty flavor (and awesome color!)  you love—but ditches the corn syrup and food coloring.

But before you go crying into your cup, take heart. We headed to the kitchen for some experimentation. The happy results? A homemade version that keeps the cool color and flavor, with just six ingredients.

The addition of heavy cream might seem indulgent here, but it has a practical purpose. Just as beating cream with a whisk will result in whipped cream, whirring some in your blender along with the rest of your ingredients will lend the finished drink a decadently rich, mousse-like texture.

Place the ice cream, milk, cream, mint, vanilla extract, and peppermint extract in a blender.
Blend until smooth and frothy.
And if you really want to live it up…. Adults ONLY!

This twist on the classic gets a little pep in its step from the addition of a shot of Branca Menta, an Italian amaro with a complex minty, herbal edge. But if you can’t find it in your local store, classic creme de menthe will also do in a pinch! 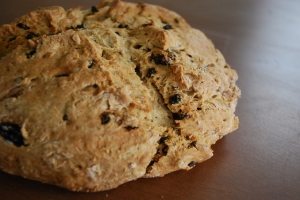 Instead of using regular ice cubes in your party punch, stay in the spirit of St. Patrick’s Day and prepare these cute clover cubes. They’re made with soda so they won’t dilute your beverage. They can be made weeks in advance and stored in the freezer. —Taste of Home Test Kitchen

Feast on this great dish from Real Simple.

While this classic warmer gets top billing around St. Patrick’s Day, it’s a welcome after-dinner treat on almost any occasion. Because the recipe is so elemental, it pays to use the best coffee and cream you can find—you will be able to taste the difference. Whip the cream softly so it sits in the glass in soft peaks. And as for that shot of whiskey? Any blended Irish whiskey—like Tullamore DEW, Redbreast, or the classic, Jameson—should do the trick nicely.