The zucchini noodles a.k.a. Zoodles are an alternative to pasta, which are gluten-free, low carb and a a great way to increase vegetables into your diet.  For more, click on Ditch the Carbs.com.

Significance: Remembers the defeat of a plot to exterminate the Jews
Observances: Public reading of the book of Esther while “blotting out” the villain’s name
Length: 1 day
Customs: Costume parties; drinking; eating fruit-filled triangular cookies

The story of Purim is told in the Biblical book of Esther. The heroes of the story are Esther, a beautiful young Jewish woman living in Persia, and her cousin Mordecai, who raised her as if she were his daughter. Esther was taken to the house of Ahasuerus, King of Persia, to become part of his harem. King Ahasuerus loved Esther more than his other women and made Esther queen, but the king did not know that Esther was a Jew, because Mordecai told her not to reveal her identity.

The villain of the story is Haman, an arrogant, egotistical advisor to the king. Haman hated Mordecai because Mordecai refused to bow down to Haman, so Haman plotted to destroy the Jewish people.

Directions: Blend butter and sugar thoroughly. Add the egg and blend thoroughly. Add orange juice and blend thoroughly. Add flour, 1/2 cup at a time, alternating white and wheat, blending thoroughly between each. Add the baking powder and cinnamon with the last half cup of flour. Refrigerate batter overnight or at least a few hours. Roll as thin as you can without getting holes in the batter (roll it between two sheets of wax paper lightly dusted with flour for best results). Cut out 3 or 4 inch circles.

Put a dollop of filling in the middle of each circle. Fold up the sides to make a triangle, folding the last corner under the starting point, so that each side has corner that folds over and a corner that folds under (see picture). Folding in this “pinwheel” style will reduce the likelihood that the last side will fall open while cooking, spilling out the filling. It also tends to make a better triangle shape.

Bake at 350 degrees for about 15-20 minutes, until golden brown but before the filling boils over!

On her website, Judaism101  Rich writes, “I usually use Pathmark grocery store brand fruit preserves, and of course the traditional Simon Fischer brand prune lekvar. I have also made some with Nutella (chocolate-hazelnut spread); I find it a bit dry that way, but some people like it.”

If on a wheat-free diet for wheat allergies or a gluten-free diet for celiac-sprue, substitute 2 cups of buckwheat flour and 1/2 cup of milled flax seed for the white and wheat flour. Reduce the baking powder to 1 tsp. The resulting hamentaschen will have an unusual pumpernickel color, but taste great.

Gluten free oven fried chicken is made extra delicious with the addition of Ranch flavor! Who could resist?! When I first got married, my aunt sent me a package with several recipe cards in it, of her favorite family recipes – that she made over the years. At the time, I rarely cooked, very rarely! …

These light treats are Dairy-Free and Gluten-Free.  What makes them extra special is the drop of some dark chocolate or a candied cherry in the middle…. either placed atop the cookie or bury it like hidden treasure within the meringue before baking. 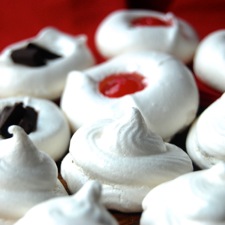 Arrgh, mateys! These treasures are sure to steal hearts on Feb. 14 or any other day!

Directions:
1) Preheat the oven to 200°F. Line a baking sheet with parchment (first choice), or lightly grease it.

2) In a large bowl, combine the egg whites, cream of tartar, and a dash of salt.

3) Beat until peaks form, then gradually add the sugar, continuing to beat until the mixture is stiff and glossy.

4) Pipe a base of meringue onto the sheet, using a pastry bag and star tip; place a candied cherry, or a couple of chunks of chocolate, atop the base. Pipe meringue to cover the cherry or chocolate.

5) If you don’t want to pipe meringues, simply drop by tablespoonfuls onto the sheet. Place cherry or chocolate in the center of each meringue; cover or leave exposed, your choice.

6) Bake the meringues for 1 1/2 hours. Turn the oven off, and leave them in the turned-off oven until they’re completely cool, 3 hours or more. This is a good cookie to make in the evening; they can be left in the oven (with the heat turned off) overnight.

Featured on the MindBodyGreen blog, adapted from the blog “The Spunky Coconut”

* If you’re making cupcakes, start checking after about 22 minutes.

To Assemble the cake:

To check out the original recipe and other Gluten-Free, Dairy-Free foods,  go to  The Spunky Coconut blog by Kelly V.  Brozyna. 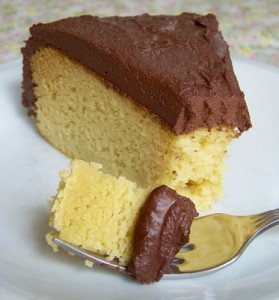 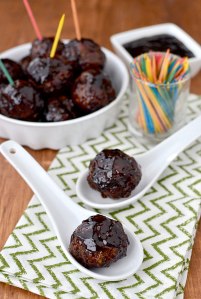 For the Honey-Balsamic BBQ Sauce:

For more information, check out the Iowa Girl Eats blog. 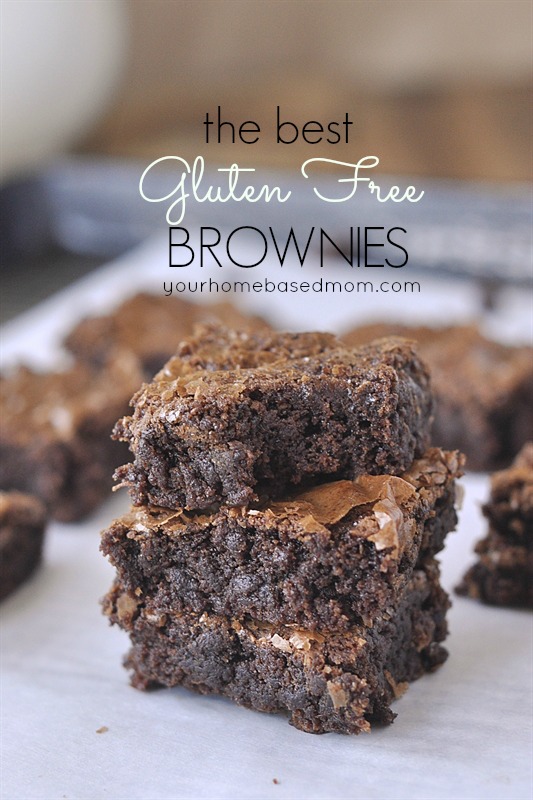 Click here to see how to make these Gluten Free Brownies.

Loosely adapted from this recipe

Check out the Haute Box site for this recipe and more!

Choose between these two recipes:

Ingredients:
1/2 pt. whipping cream
3 tbsp. sugar
1 tsp. vanilla
Whip cream with mixer. Be careful not to overbeat or else will get too thick like butter. When it begins to thicken, add sugar and vanilla; stir. Refrigerate.

Have Your Cake and Eat it Too!

Allergies are more common today than 20 years ago.  In an effort to help those allergic to gluten, King Arthur Flour offers a variety of goodies… including chocolate cake!

Here’s a Gluten-free recipe for you to try 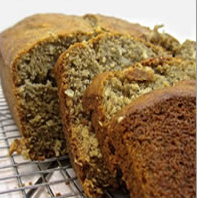 2) In a medium-sized mixing bowl combine the flour, flax meal, baking soda, salt, xanthan gum, cake enhancer, cinnamon, and nutmeg and set aside. In your mixer’s bowl, combine the brown sugar and oil until well-blended.

3) Add the eggs one at a time, beating until well-incorporated.

4) Stir in the dry ingredients, and beat on medium speed for about 30 seconds, until well combined.

5) Stir in the banana, coconut, and flavors, and blend well.

6) Pour the batter into the loaf pan and bake for 45 to 55 minutes, or until the bread’s internal temperature reaches 210°F. Allow the bread to cool in the pan for about 10 minutes before turning it out onto a rack. Cool completely before cutting.

Want a quick treat that’s gluten-free?  Check this out first —