Pelé (born Edson Arantes do Nascimento), a member of 3 Brazilian World-Cup championship teams and 1999 FIFA co-Player of the Century, knows something about hard work and success.  He is considered by many as being the greatest football (soccer to the Americans) player of all time.

While American football barely uses the feet during the game, soccer is played almost entirely with the feet, so “football” is a very appropriate name. The rest of the world refers to US-style football as “American football” or “gridiron.”

Right now, people around the Globe are watching the World Cup 2014. How much do you know about football…or for Americans, soccer. Take the Quiz.

1.What is required of you to wear to play in an organized game of soccer?

2. Are the officials called Referees?  True or False

4. What soccer position, on average, runs the least?

A member of three Brazilian World Cup-champion teams, Pelé is considered by many to be the greatest soccer player of all time.

5. How is a soccer game started?

6. What part of the body can’t touch the ball?

c. inside the foot

d. palm of the hand

7. A typical final score for a game of professional soccer might be 38-27.   True or False? 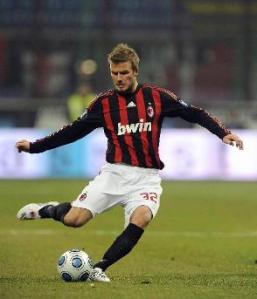 9. When will an improper throw-in be called?

a. if you stand on the line

b. if you jump

c. if you use both hands to throw the ball

d. if you throw the ball over your head