The Real Meaning behind the 12 Days of Christmas

At one time, it was a crime to be Catholic.

During 1558 to 1829, Catholics in England were prohibited by law from any practice of their faith… private or public.  To be caught with anything in writing, indicating the adherence to the Catholic Faith, would find a person imprisoned, hanged…or hanged, drawn and quartered.

The “Twelve Days of Christmas” was written in England as one of the “catechism songs” to help young Catholics learn the tenets of their faith… a memory aid.

Despite the absence of hard evidence that the 12 Days of Christmas is a song of catechism, it can still be used as a learning tool.

In 1979, a Canadian hymnologist, Hugh D. McKellar, published an article, “How to Decode the Twelve Days of Christmas”, claiming that “The Twelve Days of Christmas” lyrics were intended as a catechism song to help young Catholics learn their faith, at a time when practising Catholicism was criminalized in England (1558 until 1829). McKellar offered no evidence for his claim and subsequently admitted that the purported associations were his own invention.[29] The idea was further popularized by a Catholic priest, Fr. Hal Stockert, in an article he wrote in 1982 and posted online in 1995,[30][31] In 1987 and 1992, Fr. James Gilhooley, chaplain of Mount Saint Mary College of Newburgh, New York repeated these claims.[32][33] None of the enumerated items would distinguish Catholics from Protestants, and so would hardly need to be secretly encoded.[3]

Dr. Marcellino D’Ambrosio, author of the Crossroads Initiative,  writes “The “Twelve Days of Christmas” refer to the eight days of the Christmas Octave from December 25 to New Years Day, and the four additional days up to and including the eve of January 6, the traditional date of the Epiphany. In the USA and many other countries, Epiphany is now celebrated on the first Sunday after New Years, so the exact number 12 does not necessarily apply. But the point is, don’t throw out the tree on the 26th–the birth of the Savior can’t be celebrated adequately in one day. Let the celebration continue through at least through the Feast of the Epiphany–if not through the Feast of the Baptism of the Lord.

According to the Handbook of Catholic Sacramentals by Ann Ball, the famous song about the 12 Days of Christmas was written in England as a catechism song for young Catholics in the days when it was illegal to practice or teach the Catholic Faith. It contains hidden meanings intended to help children remember lessons of faith. Instead of referring to an earthly suitor, the “true love” mentioned in the song really refers to God. The “me” who receives the presents is symbolic of every baptized person.

There appears to be no conclusive historical evidence to prove this origin of the song, Nevertheless, the traditional association between the gifts mentioned in the song and various spiritual gifts is a fun way to turn a seemingly secular Christmas carol into a valuable catechetical tool. So let’s have fun with it!”

The song’s gifts are hidden meanings to the teachings of the faith.  The “true love” mentioned in the song refers to God, Himself.  The “me” who receives the presents refers to every baptized person.  The partridge in a pear tree is Jesus Christ, the Son of God. (A mother partridge will feign injury to decoy predators from her helpless nestlings.) 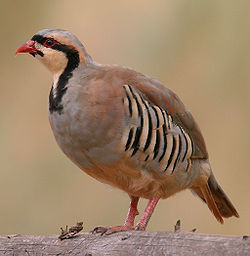 A mother partridge will distract a predictor from her young in order to save them. The partridge in the song “12 Days of Christmas” represents Jesus.

The other symbols mean the following:

4 Calling Birds = The Four Gospels and/or the Four Evangelists

5 Golden Rings = The first Five Books of the Old Testament, the “Pentateuch,” which gives the history of man’s fall from Grace.

6 Geese-a-Laying = The Six Days of Creation

7 Swans-a-Swimming = the Seven Gifts of the Holy Spirit, the 7 sacraments

9 Ladies Dancing = the Nine Fruits of the Holy Spirit