Victoria sponge – the quintessential English teatime treat – is, according to tradition, a basic sandwich cake filled with either strawberry or raspberry jam and dusted liberally with icing sugar (though a little whipped cream might make an appearance). Delightful as tradition is, there’s nothing wrong with zesting proceedings up a little – literally. The addition of orange and lemon zest is a great way of achieving a very special flavour, without doing away with the lightness of the perfect sponge cake.

Frugal Feeding offers tasty, creative dishes like this soup — perfect for a chilly day or any day!

Carrot and orange soup may sound like an questionable prospect, at least on the surface, but when one considers how delicious juice of the same combination can be, supper immediately becomes that little bit more appealing. The world of food tends to have relatively stringent rules governing what is sweet and savoury and, as such, they merge infrequently. Most people aren’t particularly adventurous in their choice of sustenance, but there’s no reason to experiment and explore new combinations – an issue touched upon in my recipe for chocolate and hazelnut flapjacks. Granted, carrot and orange soup is far from brand-spanking, but it does generate intrigue and make people think for a second longer – perhaps it shouldn’t? 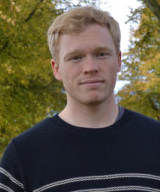 Your valentine will fall in love with the Chocolate Mousse featured in Frugal Feeding.com, if not with you. But how can someone resist a person who can make this creation?

There is also a Mocha Mousse recipe.

The Frugal Feeding site contains various recipes with easy-to-follow instructions, complete with stunning photography by the gentleman pictured above.