A Dog by Another Name

To paraphrase William Shakespeare, a hot dog by any other name would taste as good….right?   Below is some tips to find out.

With this handy translation, you can order a hot dog from anywhere in the world… or impress your friends at the next social function with your newly acquired knowledge.

Cartoonist Tad Dorgan is credited for the name  “hot dogs.”

According to the National Hot Dog and Sausage Council website, “As the legend goes, frankfurters were dubbed the “hot dog” by a cartoonist how observed a vendor selling the “hot dachshund sausages: during a baseball game at New York City’s Polo Grounds.  Concessionaires walked through the stands shouting “Get your red-hot dachshund sausages.”

In 1906, Tad Dorgan, a cartoonist for a Hearst newspaper, was inspired by the scene and sketched a cartoon with a real dachshund dog, smeared with mustard, in a bun.  Supposedly, Dorgan could not spell the name of the dog, instead writing “get your hot dogs” for a caption. 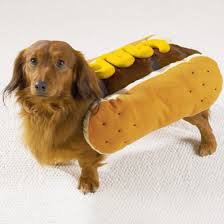 Is this what Tad Dorgan imagined?

However, Dorgan’s cartoon has never been located and some hot dog historians suggest the “dachshund” sausages were being called hot dogs on college campuses in the 1890s.  “Little dog” sausages became standard far at ballparks in 1893 when St. Louis bar owner and German immigrant Chris Von de Ahe, who owned the St. Louis Browns baseball team.”

The Man behind Hot Dog University

Mark Reitman, Ph.D. aka “Professor of Hot Dogs” teaches “the art of the cart,” which is a two-day course about the business of operating a hot dog stand.  Reitman has a lot of experience, serving hot dogs since he was eight-years old.  In 2006, he started Hot Dog University.  In 2009, he partnered with Vienna Beef.  Reitman claims over 800 students have taken the class with 300 opening restaurants nationwide and 500 with hot dog carts

Find more about “Professor” Reitman and his tips on how to cook a hot dog properly at Time.com.

A Meal Fit for a King

United States President Franklin Delano Roosevelt and First Lady Eleanor Roosevelt invited King George VI and Queen Elizabeth on June 11, 1939 to their home in Hudson Valley at Hyde Park.  It was the first time a reigning British monarch had ever set foot in its former colony.  To celebrate, FDR served the royals a meal of hot dogs and beer along with the cooks, gardeners and other staff members of the Roosevelt estate.  Apparently, FDR’s mother was not amused with her son’s dinner choice.  According to reports, the queen was unsure on how to eat a hot dog.  The New York Times covered the event and has been re-created in the 2012 film “Hyde Park on the Hudson” starring Bill Murray as President Roosevelt and Laura Linney as FDR’s distant cousin Margaret “Daisy” Suckley, who attended the event. 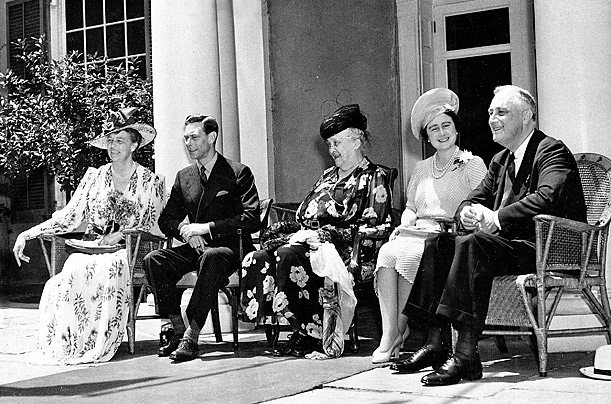 Most people know that Albert Einstein was a famous scientist who came up with the formula E=mc2. But do you know these ten things about this genius?

10. Loved to Sail
When Einstein attended college at the Polytechnic Institute in Zurich, Switzerland, he fell in love with sailing. He would often take a boat out onto a lake, pull out a notebook, relax, and think. Even though Einstein never learned to swim, he kept sailing as a hobby throughout his life.

For the next four decades, Harvey kept Einstein’s chopped-up brain (Harvey had it cut into over 200 pieces) in two mason jars with him as he moved around the country. Every once in a while, Harvey would slice off a piece and send it to a researcher. Finally, in 1998, Harvey returned Einstein’s brain to the pathologist at Princeton Hospital.

8. Einstein and the Violin
Einstein’s mother, Pauline, was an accomplished pianist and wanted her son to love music too, so she started him on violin lessons when he was six years old. Unfortunately, at first, Einstein hated playing the violin. He would much rather build houses of cards, which he was really good at (he once built one 14 stories high!), or do just about anything else. When Einstein was 13-years old, he suddenly changed his mind about the violin when he heard the music of Mozart. With a new passion for playing, Einstein continued to play the violin until the last few years of his life. For nearly seven decades, Einstein would not only use the violin to relax when he became stuck in his thinking process, he would play socially at local recitals or join in impromptu groups such as Christmas carolers who stopped at his home.

7. Presidency of Israel
A few days after Zionist leader and first President of Israel Chaim Weizmann died on November 9, 1952, Einstein was asked if he would accept the position of being the second president of Israel. Einstein, age 73, declined the offer. In his official letter of refusal, Einstein stated that he not only lacked the “natural aptitude and the experience to deal properly with people,” but also, he was getting old.

6. No Socks
Part of Einstein’s charm was his disheveled look. In addition to his uncombed hair, one of Einstein’s peculiar habits was to never wear socks. Whether it was while out sailing or to a formal dinner at the White House, Einstein went without socks everywhere. To Einstein, socks were a pain because they often would get holes in them. Plus, why wear both socks and shoes when one of them would do just fine?

5. A Simple Compass
When Albert Einstein was five years old and sick in bed, his father showed him a simple pocket compass. Einstein was mesmerized. What force exerted itself on the little needle to make it point in a single direction? This question haunted Einstein for many years and has been noted as the beginning of his fascination with science.

3. Obsessed Smoker
Einstein loved to smoke. As he walked between his house and his office at Princeton, one could often see him followed by a trail of smoke. Nearly as part of his image as his wild hair and baggy clothes was Einstein clutching his trusty briar pipe. In 1950, Einstein is noted as saying, “I believe that pipe smoking contributes to a somewhat calm and objective judgment in all human affairs,” Although he favored pipes, Einstein was not one to turn down a cigar or even a cigarette.

2. Married His Cousin
After Einstein divorced his first wife, Mileva Maric, in 1919, he married his cousin, Elsa Loewenthal (nee Einstein). How closely were they related? Quite close. Elsa was actually related to Albert on both sides of his family. Albert’s mother and Elsa’s mother were sisters, plus Albert’s father and Elsa’s father were cousins. When they were both little, Elsa and Albert had played together; however, their romance only began once Elsa had married and divorced Max Loewenthal.

1. An Illegitimate Daughter
In 1901, before Albert Einstein and Mileva Maric were married, the college sweethearts took a romantic getaway to Lake Como in Italy. After the vacation, Mileva found herself pregnant. In that day and age, illegitimate children were not uncommon and yet they were also not accepted by society. Since Einstein did not have the money to marry Maric nor the ability to support a child, the two were not able to get married until Einstein got the patent job over a year later. So as not to besmirch Einstein’s reputation, Maric went back to her family and had the baby girl, whom she named Lieserl.

Although we know that Einstein knew about his daughter, we don’t actually know what happened to her. There are but just a few references of her in Einstein’s letters, with the last one in September 1903. It is believed that Lieserl either died after suffering from scarlet fever at an early age or she survived the scarlet fever and was given up for adoption. Both Albert and Mileva kept the existence of Lieserl so secret that Einstein scholars only discovered her existence in recent years.

Today is Albert Einstein’s birthday. He was born March 14, 1879. He was a German-born theoretical physicist who developed the general theory of relativity, one of the two pillars of modern physics.