There’s a nice balance of sweet and tart in this refreshing summer drink. It becomes perfectly pink with the addition of grape juice. —Cindy Bartnicki, Mount Prospect, Illinois 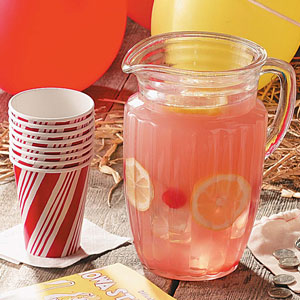 Memorial Day is observed on the last Monday of May. It was formerly known as Decoration Day and commemorates all men and women, who have died in military service for the United States. Many people visit cemeteries and memorials on Memorial Day and it is traditionally seen as the start of the summer season.

What do people do?
It is traditional to fly the flag of the United States at half mast from dawn until noon. Many people visit cemeteries and memorials, particularly to honor those who have died in military service. Many volunteers place an American flag on each grave in national cemeteries. Memorial Day is combined with Jefferson Davis’ Birthday in Mississippi.

Jefferson Finis Davis was the President of the Confederate States of America during the entire Civil War, 1861 to 1865.

Memorial Day has become less of an occasion of remembrance. Many people choose to hold picnics, sports events and family gatherings on this weekend. This day is traditionally seen as the start of the summer season for cultural events. For the fashion conscious, it is seen as acceptable to wear white clothing, particularly shoes from Memorial Day until Labor Day. However, fewer and fewer people follow this rule and many wear white clothing throughout the year.

Public life
Memorial Day is a federal holiday. All non-essential Government offices are closed, as are schools, businesses and other organizations. Most public transit systems do not run on their regular schedule. Many people see Memorial Day weekend as an opportunity to go on a short vacation or visit family or friends. This can cause some congestion on highways and at airports.

Background
Memorial Day started as an event to honor Union soldiers, who had died during the American Civil War. It was inspired by the way people in the Southern states honored their dead. After World War I, it was extended to include all men and women, who died in any war or military action.

A soldier honors his fellow countrymen by decorating their tombstones with the American flag at Arlington National Cemetery in Arlington, Virginia.

Memorial Day was originally known as Decoration Day. The current name for this day did not come into use until after World War II. Decoration Day and then Memorial Day used to be held on May 30, regardless of the day of the week, on which it fell. In 1968, the Uniform Holidays Bill was passed as part of a move to use federal holidays to create three-day weekends. This meant that that, from 1971, Memorial Day holiday has been officially observed on the last Monday in May. However, it took a longer period for all American states to recognize the new date.

A hero is someone who has given his or her life to something bigger than oneself.

“Of course they do!” protested his mother. “What makes you ask?”

“There are so many soldiers with beards but I never saw any pictures of angels with beards.” he replied.

The mother responded “Oh, that’s because most vets who go to Heaven get there by a close shave.”

Let us remember as we fall asleep this Memorial Day those who fight and the many that have died to protect our freedom. 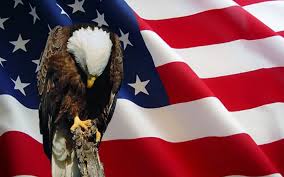 All gave some.. Some gave all. Remember them this Memorial Day.

Memorial Day is a federal holiday in the United States for remembering the people who died while serving in the country’s armed forces. The holiday, which is observed every year on the last Monday of May, was formerly known as Decoration Day and originated after the American Civil War to commemorate the Union and Confederate soldiers who died in the war. By the 20th century, Memorial Day had been extended to honor all Americans who died while in the military service. It typically marks the start of the summer vacation season, while Labor Day marks its end.

Many people visit cemeteries and memorials, particularly to honor those who have died in military service. Many volunteers place an American flag on each grave in national cemeteries.

Annual Decoration Days for particular cemeteries are held on a Sunday in late spring or early summer in some rural areas of the American South, notably in the mountain areas. In cases involving a family graveyard where remote ancestors as well as those who were deceased more recently are buried, this may take on the character of an extended family reunion to which some people travel hundreds of miles. People gather on the designated day and put flowers on graves and renew contacts with relatives and others. There often is a religious service and a picnic-like “dinner on the ground,” the traditional term for a potluck meal in which people used to spread the dishes out on sheets or tablecloths on the grass. It is believed that this practice began before the American Civil War and thus may reflect the real origin of the “memorial day” idea.

Remember and Honor this Memorial Day.  We Will Always Remember.

Corn with Cilantro-Lime Butter Recipe photo by Taste of Home Can you find all the words? 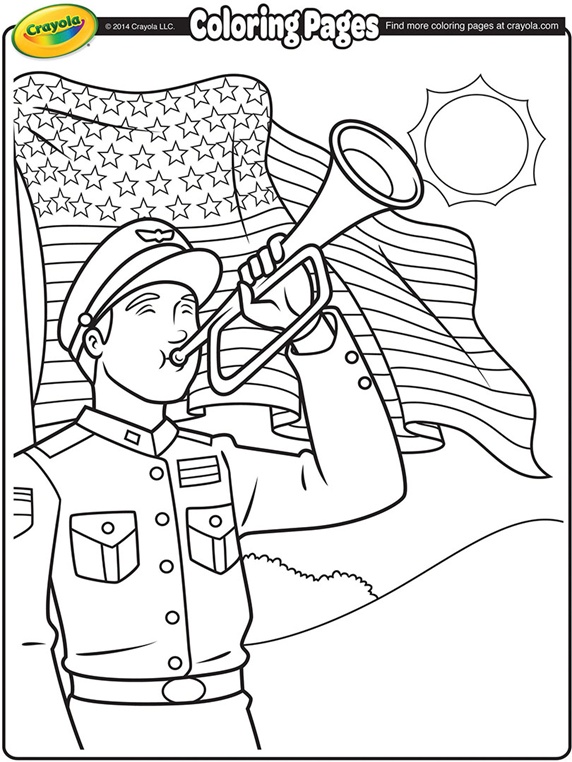 Skewers of potatoes, peppers, onions, and squash take on a smoky flavor when grilled. Brush on herbs and salad dressing for a bit of extra flavor and you’ll have a side dish recipe that’s scrumptious when served with grilled chicken, pork, or steak. 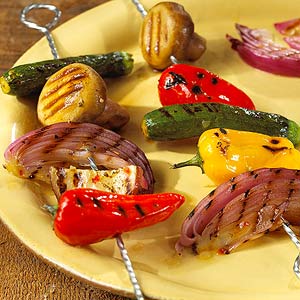 Place kabobs on the greased unheated rack of a broiler pan. Broil about 3 to 4 inches from the heat for 10 to 12 minutes or until vegetables are tender and lightly browned, turning and brushing occasionally with dressing mixture.
Nutrition Facts (Vegetable Kabobs)