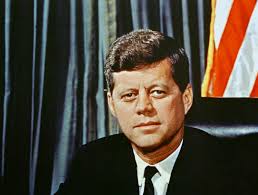 In March 1961, a handicapped girl named Lynn Jennings wrote to Kennedy asking what he liked to eat. “Please reply to her,” Kennedy’s secretary advised in a handwritten memo. “She will be extremely happy. Do not mention anything in the letter about her handicap please!”

Kennedy passed along the recipe for New England Fish Chowder, one of his favorite dishes. 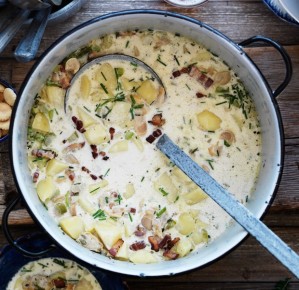 Directions: Simmer the haddock in the water for 15 minutes. Drain. Reserve the broth. Remove the bones from the fish. Saute the pork until crisp, remove from pan, and set aside. Saute the onions in the pork fat until golden brown. Add the fish, potatoes, celery, bay leafy, salt, and pepper. Pour in fish broth, plus enough boiling water to make 3 cups liquid. Simmer for 30 minutes. Add the milk and butter, and simmer for 5 minutes. Serve the chowder sprinkled with pork dice. Serves 6.”
—A Treasury of White House Cooking, Francois Rysavy [G.P. Putnam’s Sons:New York] 1972 (p. 210-211) 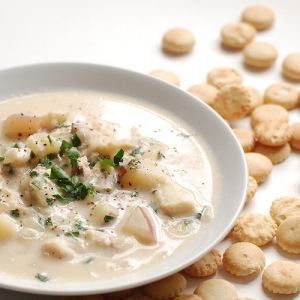 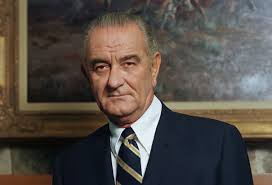 This Pedernales River Chili recipe is President Lyndon B. Johnson’s, 36th President of the United States, chili recipe. The chili was named after the location of his Texas Hill Country ranch. 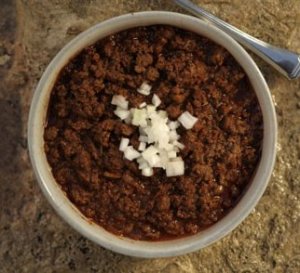 Photo by Evans Caglage of the Dallas Morning News, October 16, 2007.

Directions:
Put meat, onion, and garlic in large heavy boiler or skillet. Sear until light-colored. Add hot sauce, oregano, comino, chili powder, tomatoes, beans and hot water. Bring to a bil, lower heat, and simmer about 1 hour. Add salt and more liquid hot sauce, to taste toward end of cooking. As fat cooks out, skim. Serve with a side dish of jalapeno peppers if you want to eat them LNJ’s favorite way, but they might be too strong if you tend toward ulcers. Sometiems the President ordered the chili made without beans to cut calories. Another chili recipe that President Johnson relished was one made by a family friend–Scooter Miller.”
—A Treasury of White House Cooking, Francois Rysavy [G.P. Putnam’s Sons:New York] 1972 (p. 50)