Have fun coloring these pages celebrating the First Thanksgiving held in 1621. 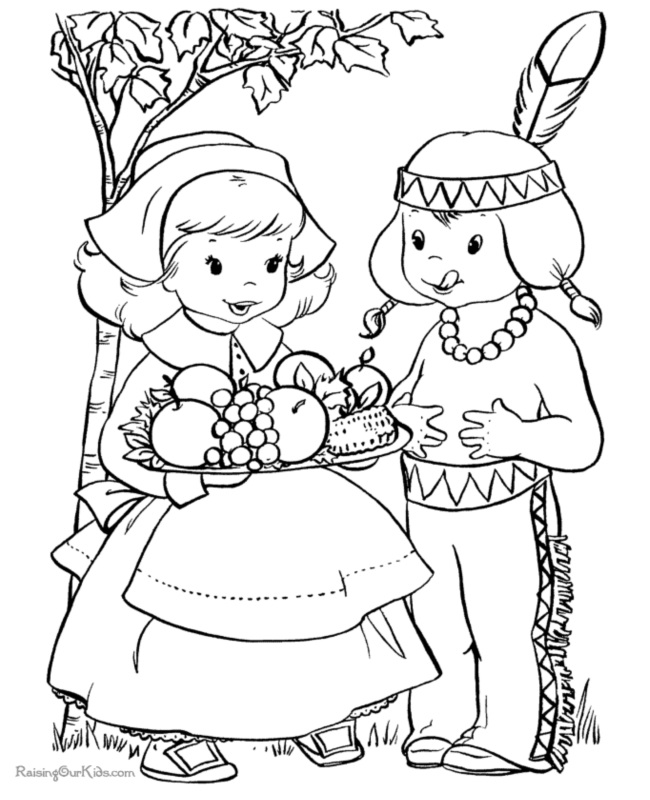 For more coloring pages, go to Raising Our Kids.com

Note:  Allow 1 Slider for each pound of turkey, which will be equal to 3/4 cup of stuffing per pound.

Sarah Josepha Hale petitioned for a national Thanksgiving holiday for close to 40 years, believing that “Thanksgiving, like the Fourth of July, should be considered a national festival and observed by all our people.” 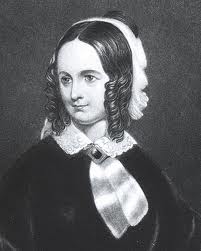 Sarah Josepha Hale, the enormously influential magazine editor and author who waged a tireless campaign to make Thanksgiving a national holiday in the mid-19th century, was also the author of the classic nursery rhyme “Mary Had a Little Lamb.” 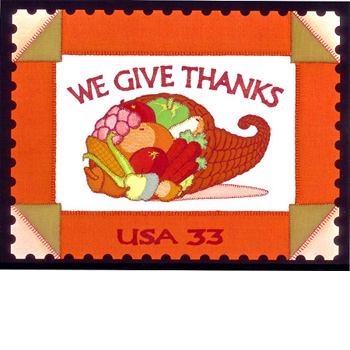 In 2001, the U.S. Postal Service issued a commemorative Thanksgiving stamp. Designed by the artist Margaret Cusack in a style resembling traditional folk-art needlework, it depicted a cornucopia overflowing with fruits and vegetables, under the phrase “We Give Thanks.”

THANKSGIVING ON THE ROADS

The American Automobile Association (AAA) estimated that 42.2 million Americans traveled 50 miles or more from home over the Thanksgiving holiday weekend in 2010.

THANKSGIVING ON THE TABLE

THANKSGIVING AROUND THE COUNTRY 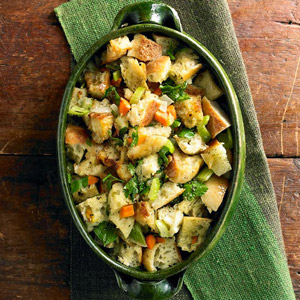 *Tip:
To make dry bread cubes, preheat oven to 300 degrees F. Cut 12 to 14 slices white bread into 1/2-inch cubes to yield 8 cups. Spread into two 15x10x1-inch baking pans; bake for 10 to 15 minutes or until dry, stirring twice; cool. (Cubes will continue to dry and crisp as they cool.) Or let bread cubes stand, loosely covered, at room temperature for 8 to 12 hours.
Slow Cooker Directions:
Prepare as directed, doubling the amounts of all ingredients, except use 1-1/3 cups chicken broth. Omit the 2-quart casserole and lightly coat a 3-1/2- or 4-quart slow cooker with nonstick cooking spray. Spoon stuffing into the slow cooker. Cover and cook on low-heat setting for 3-1/2 to 4 hours. (Stuffing gets very moist as it cooks.)
Make-Ahead Directions:
Prepare as directed through Step 2, except do not preheat oven. Cover casserole tightly with plastic wrap; chill for up to 24 hours. To serve, preheat oven to 350 degrees F. Remove plastic wrap. If desired, drizzle stuffing with an additional 1/4 cup chicken broth to moisten. Bake, covered, for 40 to 45 minutes or until an instant-read thermometer inserted into center of stuffing registers 165 degrees F.

From the Test Kitchen

*Tip:
If you like, substitute 8 ounces bulk sweet Italian sausage, uncooked ground turkey, or ground pork for 8 ounces of the ground beef.

Ingredients: Crackers + Goat Cheese + Honey
Store-bought rosemary crackers get a party-time facelift with the sweet and tangy topping of honey and goat cheese. Try different cracker flavors to spice up this easy appetizer.

Replace the bowl of chips and dip with this twist.  Place cucumber and hummus atop salt-and-pepper kettle potato chips to add creamy flavor and a cooler crunch. 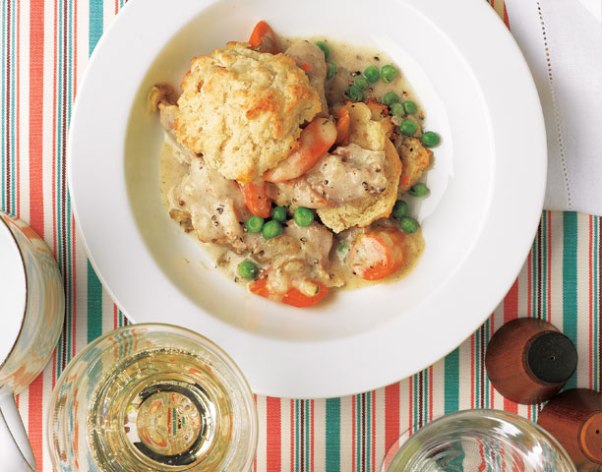 Poultry seasoning usually contains a mix of dried thyme, sage, marjoram, rosemary, and black pepper. It’s a great way to add flavor to chicken dishes. To make your own, combine equal parts of these herbs and store in a tightly sealed container.

In a medium saucepan cook potatoes and the 1/2 teaspoon salt, covered, in enough boiling water to cover for 20 to 25 minutes or until tender; drain. Mash with a potato masher or beat with an electric mixer on low speed. Add butter. Season to taste with salt and black pepper. Gradually beat in enough milk to make mixture light and fluffy. If desired, serve with butter.

Garlic Mashed Potatoes:
Prepare as above, except add 4 peeled garlic cloves to water while cooking potatoes and substitute 2 tablespoons olive oil for the butter.

Pesto Mashed Potatoes:
Prepare as above, except add 2 tablespoons purchased pesto along with the butter.